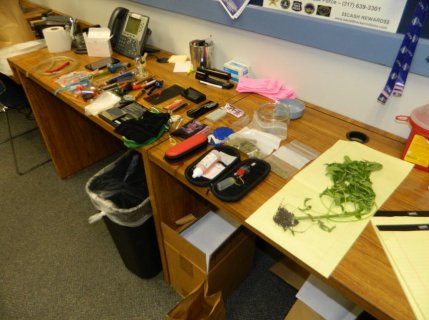 I. Putnam’s criticism of traditional semantics

I will begin with a discussion of Putnam’s view of the semantics of natural-kind terms, and then talk about how it bears on externalism, the latter not explicitly addressed in this paper.

Putnam says a lot about the semantics of natural-kind terms—I’ll only discuss the important points for our purposes.

So a theory of semantics might equally be called a theory of meaning. But here we have to draw a distinction.

Talk of a theory of meaning or semantics might mean one of two things in the philosophical context:

1. It might refer to attempts to give an analysis of the notion of linguistic meaning. That is, it might refer to an attempt to say what linguistic meaning as such is, to say what a word’s having a meaning consists in. What we discussed last time amounted to a partial essay of such an account. We distinguished between various concepts of linguistic meaning, showed that there isn’t just one, and that moreover the various types are interrelated.
This sort of work is sometimes (probably mistakenly) thought of as conceptual analysis. It’s an attempt, as one might put it, to explain what is involved in concepts such as linguistic meaning that do not seem wholly clear or seem somehow problematic on their face. The kind of pursuit philosophers have long took themselves to be primarily concerned with.

2. But a theory of meaning or semantic theory might also be an attempt to actually state the meanings of specific words in a specific language. A theory of meaning for English in this sense is an account of what all the expressions of English mean. The difference between a ‘conceptual analysis’ of linguistic meaning and a theory of meaning for a particular language is precisely analogous to the difference between a ‘conceptual analysis’ of the notion of causation and a theory of the particular causal relations that hold among certain actual objects—say, among the members of Bush’s cabinet.