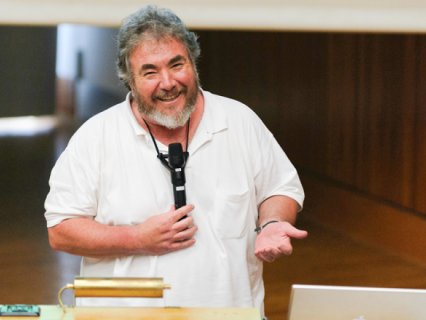 Semantics as the study of meaning in natural languages, and pragmatics as the study of how utterances are interpreted, might seem to be one and the same study. Given that the meaning of an expression is the information that that expression conveys, and that interpretation by users of the language is the retrieval of information from expressions, it may be hard to envisage that they could be separable. Nevertheless, semantics and pragmatics constitute two quite discrete programs of research, set within different disciplines. The one is founded in the study of formal systems, the other in cognitive psychology. This chapter argues that developments from both sides of the divide suggest a new view in which the two disciplines can be brought together, a view in which meaning for natural-language systems is defined in terms of the meta-task of building inference-structures. The first move is to establish why semantics and pragmatics are standardly construed as so different (Sections 1–2). Then conflicting semantic and pragmatic claims about natural language content are evaluated (Sections 3–4); and a new proposed proof-theoretic model of utterance interpretation is set out. Finally (Section 5) the consequences of the proof-theoretic mode of analysis are outlined. The starting point for the formal study of semantics of natural languages was the demonstration by Montague (1974) that natural