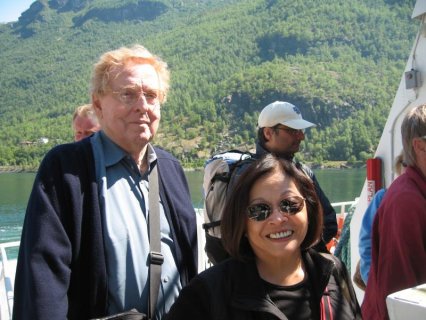 Frame semantics is a theory of linguistic meaning developed by Charles J. Fillmore that extends his earlier case grammar. It relates linguistic semantics to encyclopaedic knowledge. The basic idea is that one cannot understand the meaning of a single word without access to all the essential knowledge that relates to that word. For example, one would not be able to understand the word "sell" without knowing anything about the situation of commercial transfer, which also involves, among other things, a seller, a buyer, goods, money, the relation between the money and the goods, the relations between the seller and the goods and the money, the relation between the buyer and the goods and the money and so on.

Thus, a word activates, or evokes, a frame of semantic knowledge relating to the specific concept it refers to (or highlights, in frame semantic terminology).

A semantic frame is a collection of facts that specify "characteristic features, attributes, and functions of a denotatum, and its characteristic interactions with things necessarily or typically associated with it." A semantic frame can also be defined as a coherent structure of related concepts that are related such that without knowledge of all of them, one does not have complete knowledge of any one; they are in that sense types of gestalt. Frames are based on recurring experiences. So the commercial transaction frame is based on recurring experiences of commercial transactions.

While originally only being applied to lexemes, frame semantics has now been expanded to grammatical constructions and other larger and more complex linguistic units and has more or less been integrated into construction grammar as the main semantic principle. Semantic frames are also becoming used in information modeling, for example in Gellish, especially in the form of 'definition models' and 'knowledge models'.

Frame semantics has much in common with the semantic principle of profiling from Ronald W. Langacker's Cognitive Grammar.