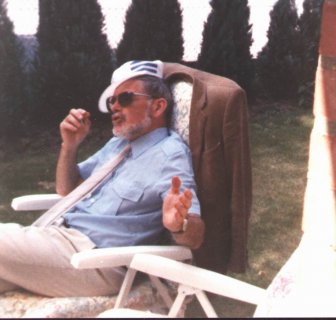 Semantics is the study of meaning in language. The term is taken from the Greek seme, meaning sign. The word meaning can be defined in many ways, but the definition most pertinent to linguistics and the one we will use is that meaning is "the function of signs in language." This understanding of meaning corresponds to German philosopher Ludwig Wittgenstein's definition: 'the meaning of a word is its use in the language' (in other words, the role a word plays in the language).

The term semantics was only invented in the 19th century, but the subject of meaning has interested philosophers for thousands of years. The Greek philosophers were the first people known to have debated the nature of meaning. They held two opposing views on the subject.

The naturalist view, held by Plato and his followers, maintained that there was an intrinsic motivation between a word and its meaning. The meaning of a word flows directly from its sound. The Greek word thalassa, sea, in its classical pronunciation, supposedly sounded like the waves rushing up onto the beach. If the naturalist view were entirely correct for all words, we would be able to tell the meaning of any word just by hearing it. In reality only a few onomotopoeic words in each language actually sound something like what they mean:swoosh, splash, bow wow, meow. Poets can skillfully use words with sound features that heighten the meaning intended:

But poetic sound imagery represents a rare, highly clever use of language, so the naturalist approach is applicable to only a tiny portion of any language.

The conventionalist view of Aristotle and his followers holds that the connection between sound and meaning is completely arbitrary, a matter of social convention and prior agreement between speakers. It is true that the form of most words is arbitrary from an extra-linguistic point of view. This position is much nearer the truth.

RT @ComposedCitrine: ALA Council always makes me dig deep into my linguistics background. Semantics is everything. #alacouncil Sun, 28 June 2015 05:30 PM

@emilia alvarez gamb.: Standing to the side and standing by someone's side are two very different concepts. Linguistics and semantics. Mon, 29 June 2015 04:10 AM