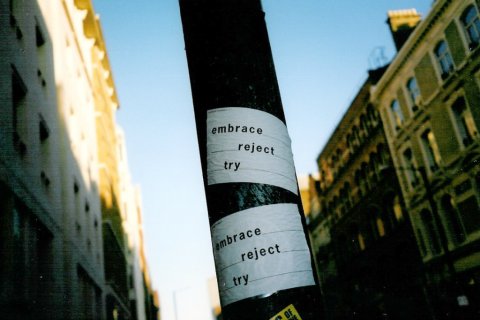 There are two types of ambiguity: Genuine ambiguities, where a sentence really can have two different meanings to an intelligent hearer, and "computer" ambiguities, where the meaning is entirely clear to a hearer but a computer detects more than one meaning. Genuine ambiguity is not a serious problem for NLP problems; it's comparatively rare, and you can't expect computers to do better with natural language than people. Computer ambiguity is a very serious problem; it is extremely common, and it is where computers do much much worse than humans.

A sentence has multiple parse trees.
Particularly common sources of ambiguity in English are:

Conjunction. "Mary ate a salad with spinach from Califonia for lunch on Tuesday and Wednesday."
"Wednesday" can be conjoined with salad, spinach, California, lunch, or Tuesday.

Even after the syntax and the meanings of the individual words have been resolved, there are two ways of reading the sentence. "Lucy owns a parrot that is larger than a cat", "a parrot" is extenstensionally quantified, "a cat" is either universally quantified or means "typical cats." Other examples:
"The dog is chasing the cat." vs. "The dog has been domesticated for 10, 000 years." In the first sentence, "The dog" means to a particular dog; in the second, it means the species "dog".

"John kissed his wife, and so did Sam". (Sam kissed John's wife or his own?)

A phrase or word refers to something previously mentioned, but there is more than one possibility.

"Margaret invited Susan for a visit, and she gave her a good lunch." (she = Margaret; her = Susan)

"Margaret invited Susan for a visit, but she told her she had to go to work" (she = Susan; her = Margaret.)

"Bill told Amy that he had decided to spend a year in Italy to study art."
"That would be his life's work." (That = art)
"After he had done that, he would come back and marry her." (That = spending a year in Italy)
"That was the upshot of his thinking the previous night" (That = deciding)
"That started a four-hour fight." (That = telling Amy)

In many cases, there is no explicit antecedent.

"I went to the hospital, and they told me to go home and rest." (They = the hospital staff.)