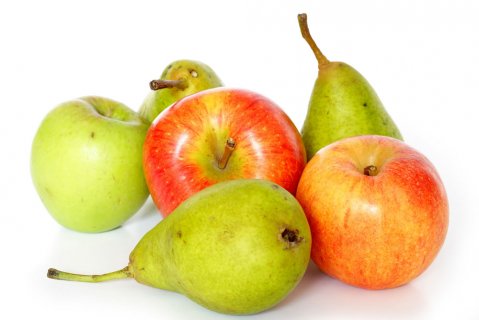 Semantics refers to the meaning level of language. It is usually thought of as sitting "above" the syntactic level, and just "below" the level of non-linguistic cognition. Before discussing semantic structure, let's look at the traditional way of diagramming sentence syntax. Here are the syntactical "trees" of a few simple sentences:

S stands for sentence, NP for noun phrase, VP for verb phrase, N for noun, V for verb, pn for pronoun, det for determinative (e.g. "the"), adj for adjective, and aux for auxiliary.

Linguists also have a few ways of diagramming the semantics or meaning relationships of a sentence. Here are the semantic "trees" of those same sentences:

Notice that arguments and predicates are "broader" than things like nouns and verbs. They point at entire meaningful objects and events.

Chomsky and others introduced the idea of surface and deep structures in syntax. This is also considered in semantics. The big difference between the surface semantics style of diagram and those used to diagram the deep structure of semantics is that the deep version is less linear. In this way, they are further from the linear nature of spoken language and closer to the non-linear nature of cognition. Here are those same sentences diagrammed in a way that shows their "deep" semantic structures:

Here you can look at all three diagrammatic representations at once:

This is an example of a qualifying predication, as represented on the syntactic level by a prepositional phrase:

Here is a sentence with a qualifying predicatiion represented by a relative clause:

Next, we have three examples of embedded predications: