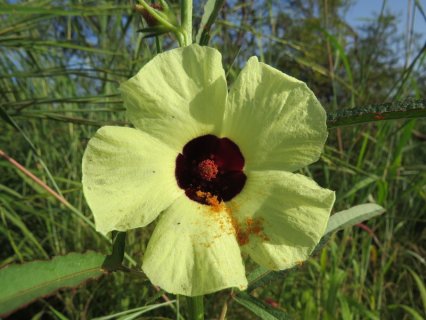 Modern studies of semantics are interested in meaning primarily in terms of word and sentence relationships. Let's examine some semantic relationships between words:

Synonyms are words with similar meanings. They are listed in a special type of dictionary called a thesaurus. A regular dictionary lists words according to form, usually in alphabetical order; a thesaurus lists words according to meaning. Synonyms usually differ in at least one semantic feature. Sometimes the feature is objective (denotative), referring to some actual, real world difference in the referents: walk, lumber, stroll, meander, lurch, stagger, stride, mince. Sometimes the feature is subjective (connotative), referring to how the speaker feels about the referent rather than any real difference in the referent itself: die, pass away, give up the ghost, kick the bucket, croak. There tend to be very few absolute synonyms in a language. Example: sofa and couch are nearly complete synonyms, yet they differ in their collocability in at least one way: one may say couch potato, but not *sofa potato.

One special type of partial synonym is called a paronym. Paronyms are words with associated meanings which also have great similarities in form: proscribe/ prescribe, industrial/ industrious, except/accept, affect/effect. Many errors in speech and writing are due to mixups involving paronyms.

Antonyms are words that have the opposite meaning. Oppositeness is a logical category. There are three types:

Complementary pairs are antonyms in which the presence of one quality or state signifies the absence of the other and vice versa. single/ married, not pregnant/pregnant There are no intermediate states. (Joking aside, you can't really be "a little pregnant" or "kinda married.")

Gradable pairs are antonyms which allow for a natural, gradual transition between two poles: good/bad, hot/ cold . It is possible to be a little cold or very cold, etc.

Relational opposites are antonyms which share the same semantic features, only the focus, or direction, is reversed: tie/untie, buy/sell, give/receive, teacher/pupil, father/son.

Homonyms are words that have the same form but different meanings. There are two major types of homonyms, based upon whether the meanings of the word are historically connected or result from coincidence.

Keyword Research How Semantics Gets Traffic To Your ...