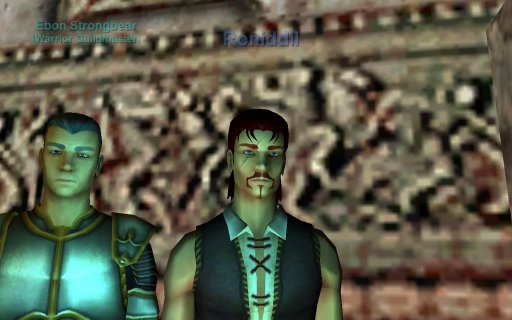 Sometimes Arguments Are Not Just “Semantics”

I’m a philosopher, working in logic and related issues. This means that I spend a lot of my time working with words and arguments. And sometimes, when I’m not feeling so good about things, it can seem like it doesn’t matter, that it’s all just words.

Arguments about ethics, about issues in metaphysics or epistemology—on a bad day, at least—can seem to be nothing more than pointless hot air. Here’s an illustration of the point, due to the American Pragmatist philosopher William James.

Here’s the scene—a man walks rapidly around a tree, while a squirrel moves on the tree trunk. Both the man and the squirrel face the tree at all times, but the tree trunk stays between them.

Here’s the argument—a group of people are arguing over this question: Does the man go round the squirrel or not?

The moral of the story, for William James, is that there’s nothing substantial at issue in this argument. He says this:

Which party is right depends on what you practically mean by ‘going round’ the squirrel. If you mean passing from the north of him to the east, then to the south, then to the west, and then to the north of him again, obviously the man does go round him, for he occupies these successive positions. But if on the contrary you mean being first in front of him, then on the right of him then behind him, then on his left, and finally in front again, it is quite as obvious that the man fails to go round him… Make the distinction, and there is no occasion for any farther dispute. — William James, Pragmatism: A New Name for some Old Ways of Thinking, 1907

And clearly, he’s right. Nothing much hangs on how we use these words, and it’s up to us what we mean by “going round.” If we mean one thing, the man counts as going round the squirrel. If we mean another, he doesn’t. That’s all we need to know, and there’s nothing left to argue about. The issue has evaporated.

This move—where we end a debate by paying careful attention to what we mean when we use words—is a powerful tool in philosophy. You can shed a lot of light on an issue by stepping back and asking what we mean. When we argue about whether it’s good to always keep your promises, it helps to clarify different things we might mean by “good.”

Different understandings of that word will lead to different answers of the original question, and clarifying the different things we can mean by a word goes a long way to help clear up confusion and shed light on disagreement. Careful attention to our concepts is at the heart of philosophy.

So far, so good. Clear thinking and attention to the different things we can mean by our words is always good advice. However, I can’t help thinking that if this is all there is to philosophy, it doesn’t come out well for us philosophers. The moral of the story of the people arguing about the man and the squirrel, for James, was that the “metaphysical” debate, over whether the man was really going round the squirrel or not, was pointless.

@Kalieezchild That that we have a dharma supermarket thing happening, debating is just arguing semantics most of the time @LeeBokSeong2 Thu, 25 June 2015 09:40 PM