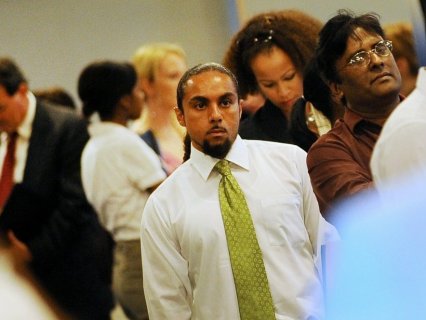 There are an awful lot of things in this country that I think would be much better off if the government stayed out of them.

The United States Postal Service is point one. I hate the USPS, I much prefer UPS or FedEx.

But that’s not what I’m here to talk about.

One of the other things that I strongly believe the government should stay out of is marriage.

If the church believes the term ‘marriage’ is theirs…then give it to them. Strike it from usage as a legally binding contract. Civil Unions that guarantee all the same rights as the current legal definition of marriage can be used instead.

The complaint is that current civil unions or domestic partnerships (whatever you want to call them) do not guarantee these same benefits. That’s simple! The government needs to devise a system of domestic partnerships that do guarantee these benefits. They will be totally government based and no one from the Religious Right will have a leg to stand on when they say they are “redefining marriage” and destroying the very moral fabric of our society. I’m sure they will still protest and get mad, but they will just look ridiculous, because, c’mon guys, we made marriage a purely religious institution. No one is “redefining” anything. You got what you wanted, we got what we wanted. Chill.

Then again…they won’t really have got what they wanted, because once marriage reverts to being a purely religious institution the Religious Right will realize that there are an awful lot of religions (and certain denominations of the Christian church) who are completely okay with same-sex marriage as well as domestic partnerships and any gay couple that just really really wants that term marriage attached to their legal commitment will be able to find a church/synagogue/temple/wiccan order/etc. that will marry them.

Sometimes the best way to rip the carpet right out from under your enemy is to change your demands. Make this a legal fight, not a personal one. That’s how you’ll get the equality you want.