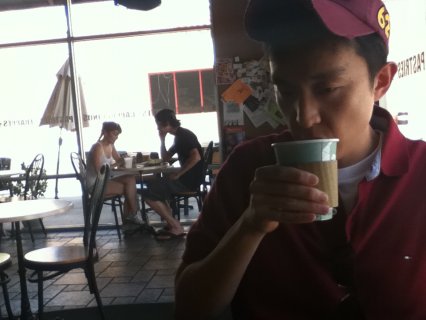 Charles J. Fillmore, one of the world’s greatest linguists — ever — died last Thursday, February 13, at the age of 84 in San Francisco. He was the discoverer of frame semantics, who did the essential research on the nature of framing in thought and language. He discovered that we think, largely unconsciously, in terms of conceptual frames — mental structures that organize our thought. Further, he found that every word is mentally defined in terms of frame structures. Our current understanding of “framing” in social and political discourse derives ultimately from his research, whose importance stretches well beyond linguistics to social and political thought — and all of intellectual life. The world has lost a scholar of the greatest significance.

“Chuck, ” as he was known throughout the linguistics world, got his PhD from the University of Michigan in 1961 and taught at Ohio State University until 1971, when he came to the University of California at Berkeley. Chuck’s wife of 40 years, Lily Wong Fillmore, put herself through college and then through graduate school at Stanford, winding up as Professor of Education at Berkeley. She was his constant companion, sounding board, alter ego, the greatest cheer in his life, and much more.

Chuck taught at Berkeley for 23 years until his retirement in 1994. As a Professor Emeritus, he ran a research project on Frame Semantics called FrameNet at the International Computer Science Institute at UC Berkeley for 18 years until 2012, when he became ill.

If you are interested in how our understanding of framing in public discourse developed, you need to know about Chuck.

Chuck’s insights have had a profound effect on the fields of both linguistics and cognitive science. As one of the earliest exponents of Noam Chomsky’s transformational grammar, Chuck discovered what is known as the “transformational cycle” in 1963, even before Chomsky came up with the idea of “deep structure.” My own relationship with Chuck began in that year, when he came to speak on that topic at the Indiana University Graduate Linguistics Club. Ever gracious, he accepted my invitation as an officer of the club and drove all the way from Columbus, Ohio to speak to our graduate students for nothing more than an Indiana potluck dinner. I have revered him ever since, and our lives and work have been intertwined over more than 50 years.