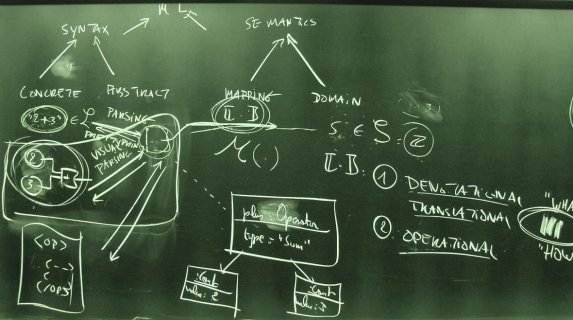 What are we talking about? Semantics is a topic that has been much discussed
last year and still remains an important issue (although it’s becoming
somewhat of a buzzword. Hype or reality?). This post is not aimed at discussing
the value or importance of semantics as such, but rather its general framework
and its application to hypertext documents and web sites in general.

Semiotics is commonly known as the general science of signs. Semiotics is composed
of three aspects: a syntactical aspect (syntax or syntactics), a semantic aspect
(semantics) and a pragmatic aspect (pragmatics).

Different forms of data exchange are constituted of signs or combination of
signs (language, code, non-verbal signs — among others). Syntax defines
a set of rules to be applied when exhanging data, thus “the relationship
of signs to what they stand for”. Breaking these rules results in a syntactical
disturbance. An example of this type of disturbance in human data processing
are spelling errors.

For example, using an element spelled instead of
. But also ommiting a closing tag on empty elements
such as . The related DTD
(Document Type Definition) or more recently a Schema
(XML)
contains the rules that define the correct spelling or application of (the signs
that constitute) an element (note: in XML the number of elements are unlimited).

Semantics applies to the meaning of data. When exchanging data sender and receiver
will have to assign the same meaning to particular (combinations of) signs,
thus “the relation of signs to the objects to which the signs are applicable”.
If this condition is not respected a semantic disturbance will occur. An example
of the above mentioned disturbance is a discussion between two individuals not
being able to understand each other.