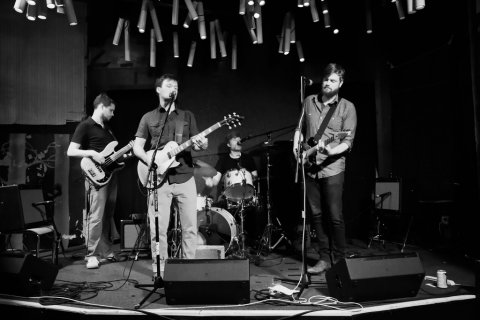 In linguistics, meaning is what the source or sender expresses, communicates, or conveys in their message to the observer or receiver, and what the receiver infers from the current context.

Ambiguity means confusion about what is conveyed, since the current context may lead to different interpretations of meaning. Many words in many languages have multiple definitions. Ambiguity is an effect of a rupture of the rule of identity, in the context of the exchange of information. Particularly the sender may be physically absent, and the contexts explicitly divergent, such as will be the case when the receptor is a reader and the was a writer.

Pragmatics is the study of how context affects meaning. The two primary forms of context important to pragmatics are linguistic context and situation context.

Linguistic context is how meaning is understood without relying on intent and assumptions. In applied pragmatics, for example, meaning is formed through sensory experiences, even though sensory stimulus cannot be easily articulated in language or signs. Pragmatics, then, reveals that meaning is both something affected by and affecting the world. Meaning is something contextual with respect to language and the world, and is also something active toward other meanings and the world. Linguistic context becomes important when looking at particular linguistic problems such as that of pronouns.

Situation context refers to every non-linguistic factor that affects the meaning of a phrase. An example of situation context can be seen in the phrase "it's cold in here", which can either be a simple statement of fact or a request to turn up the heat, depending on, among other things, whether or not it is believed to be in the listener's power to affect the temperature.

Semantics is the study of how meaning is conveyed through signs and language. Linguistic semantics focuses on the history of how words have been used in the past. General semantics is about how people mean and refer in terms of likely intent and assumptions. These three kinds of semantics: Formal, Historical, and General-Semantics are studied in many different branches of science (methods of studying meaning vary widely). Understanding how facial expressions, body language, and tone affect meaning, and how words, phrases, sentences, and punctuation relate to meaning are examples of Semantics. Denotations are the literal or primary meaning[s] of [a] word[s]. Connotations are ideas or feelings that a word invokes for a person in addition to its literal or primary meaning. During the 19th century, Philosopher John Stuart Mill defined semantic meaning with the words "denotation" and "connotation". The original use of "meaning" as understood early in the 20th century occurred through Lady Welby, after her daughter translated the term "semantics" from French.