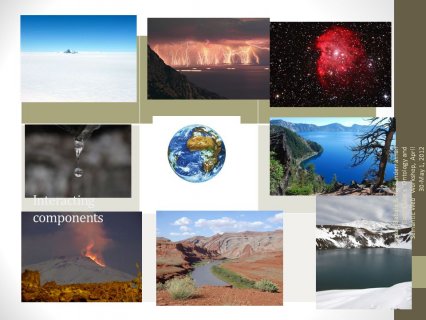 DT:The author of the following quote resists the idea that a primary function of an RDBMS is indeed to manage the meaning of the data, through constraints.
If we step back and look at what RDBMS is, we’ll no doubt be able to conclude that, as its name suggests (i.e. Relational Database Management System), it is a system that specializes in managing the data in a relational fashion. Nothing more. Folks, it’s important to keep in mind that it manages the data, not the MEANING of the data! And if you really need a parallel, RDBMS is much more akin to a word processor than to an operating system. Why should we tolerate RDBMS opinions on our data? We’re the masters, RDBMS is the servant, it should shut up and serve. End of discussion.
Hugh Darwen: Couldn't agree more. The strength of the relational model lies in its total abandonment of meaning. The word "meaning" is bandied about sometimes in ways that make me wonder if some people don't know what it means, whether they spell it that way or the posh way, "semantics".

The meaning of relation SP as understood by the user is:

BTW, I detest the term "semantic constraint" that some people use, imagining that some constraints are to do with meaning and others are not. They are all just constraints.

What Hugh refers to as constraints I prefer to call business rules, because they are expressed in real-world terms (suppliers, parts and so on). Integrity constraints would be their representatives in the database and are expressed in database terms (tables, columns, rows). Incidentally, the table constraint Hugh specified subsumes not only the PK and FK constraints, but also the attribute constraints.

It is indeed the case that the relational model achieves its versatility for database management by being formal and independent of meaning. Thus, a RDBMS does not care what R-tables mean, it just manipulates them mathematically as sets and produces R-tables as results. The meaning of the tables-our interpretation-are the business rules and propositions which, verbs included, we understand, but the DBMS does not.

The quote should be understood in the context of the author's argument that "integrity is a myth" and, therefore, constraints mean nothing and are unnecessary. So while I agree that the DBMS does not understand the integrity constraints in the sense that we do, we refer to them as the best approximation to the user-understood meaning of the database that the DBMS can have and we don't mean anything more than algorithm checking.

The point here is that constraints are critical and cannot be dismissed as a myth just because the DBMS cannot understand the user interpretation. It "understands" enough to guarantee the maximum possible consistency with the business rules.

I agree that one must express that carefully the way I did in order not to mislead. That's why I usually put it in quotes.

@JulesHolman @abc730 Semantics? The word "betrayal" is not open to interpretation. It's meaning is very clearly defined. @TurnbullMalcolm Thu, 25 June 2015 09:53 AM

@RichardDawkins The meaning of fall likely implicitly references gravity. But is semantics the same when using irrealis grammatical moods? Thu, 25 June 2015 08:18 AM