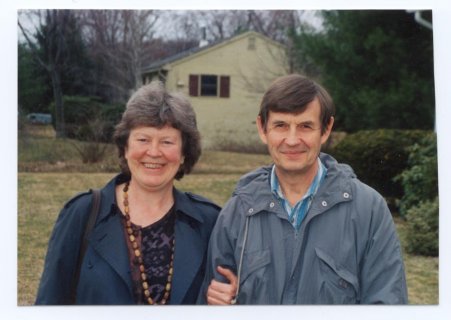 The following post is taken from an interview with Barbara Hall Partee by Chongli Zou.

The full transcript is here: .

(1) Emmon Bach’s informal introduction to the field, which relates some of the more technical material found in other books to more intuitively graspable ideas: (Bach 1989), based on his 1984 series of lectures in China.

(2) (Chierchia andMcConnell-Ginet 1990), an excellent introduction that includes a 15 good balance of semantics and pragmatics, and can be understood by undergraduate students as well as graduate students.

(3) Gamut (1991), two volumes. The first volume is a logic textbook that includes topics particularly relevant to semantics, such as the logic of definite descriptions and presupposition. The second volume can be used as a textbook in formal semantics and its logic (modal and tense logic, the lambda calculus, typed intensional logic), and it is an excellent introduction for those who already have some background in at least first-order logic. For linguistics students who have no background in logic and may be intimidated by it, it is not as good a textbook as Chierchia and McConnell-Ginet unless there is a teacher who is ready to help the students learn the necessary logic at the same time, but for those who come from logic or mathematics, it is probably the best introduction to formal semantics.

(4) (Heim and Kratzer 1998). This textbook is widely used in American linguistics departments. It covers a smaller range of topics than Chierchia and McConnell-Ginet or Gamut, and is in some respects idiosyncratic, but what it covers, it covers with great care, considering alternative possible analyses at every step. It is good for linguistics students who are already motivated to learn formal semantics and want a very thorough grounding in the basics. I wish it had more explicit model theory; that is one defect in the book. There is an emphasis on the syntax-semantics interface, which is missing in the Gamut textbook; the syntax is somewhat Chomskyan, but not extremely so, and I think it can probably be used without presupposing much if any knowledge of syntax. Solutions to some of the problems in the Heim and Kratzer textbook can be found at Rajesh Bhatt’s website: . Kai von Fintel and Irene Heim have a sequel textbook in preparation covering intensionality, and a “lecture notes” version of that textbook is online: . The von Fintel and Heim notes presuppose the Heim and Kratzer book.

(5) A new textbook, (Portner 2004), combines the user-friendliness and accessibility of Bach (1989) with the rigor of Gamut or Heim and Kratzer. I have not yet had occasion to teach from this book, but it looks like a very good one, and it does not presuppose any background in semantics or logic. It discusses some of the philosophical issues behind some semantic debates, includes discussion of alternative approaches to semantics, treats intensionality and the problem of hyperintensionality, discusses pragmatics and its relation to semantics, and includes a good range of exercises with answers to many of them in the back of the book.