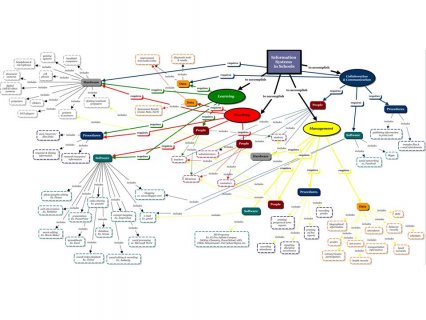 Silly are the goddy tawdry maudlin for they shall christgeewhiz bow down before him: bedead old men, priest and prester, babeling a pitterpatternoster: no word is still the word, but, a loafward has become lord.

This subtle poem by the English philologist Ronald Suffield is actually written at two levels. For Suffield intends that the reader hold in mind not just the current meanings of these words but the original meanings as well. For the meaning of a word changes over time. The example everyone knows is gay, which originally meant “merry”, but because some people are a little too merry came to mean “wanton”, and because some people are a little too wanton came to mean “homosexual”, which is the sense almost exclusively used now.

A model language that you develop will have words that are descended from words with quite different meanings. Some of the words used in Ronald Suffield’s poem, The Tenth Beatitude, will be used to demonstrate how words change through time.

Pejoration is the process by which a word’s meaning worsens or degenerates, coming to represent something less favorable than it originally did. Most of the words in Suffield’s poem have undergone pejoration.

The word goddy in the poem is a metaplasmus (artful misspelling) of gaudy. The word gaudy was derived from the Latin word gaudium, “joy”, which was applied to praying (as a type of rejoicing). Because the most common prayers in Middle English times were the prayers of the rosary, Middle English gaude came to be associated with the rosary and came to mean “an ornamental rosary bead”. Unfortunately, not all who prayed with the rosary were genuinely pious; many were like the Pharisees of old and just wanted to be seen praying — religion for them was decorative (ornamental) rather than functional. As a result, modern English gaudy gradually acquired its current meaning of tasteless or ostentatious ornamentation.

A related word to gaudy, which is not explicitly referenced in Suffield’s poem but is implied, is bead (in the poem, bedead is probably an anagrammatic play on beaded). In Middle English times, bead (then spelled ‘bede’) referred only to a rosary bead. Middle English bede was itself descended from Old English gebed, prayer. The phrase telling one’s beads was literally “saying one’s prayers”, with each rosary bead used to keep count of the number of prayers said. In the days when all English-speaking Christians were Catholics, using the rosary was such a common practice that it was only natural for the word for prayer to become the word for the bead used to say a prayer.

The Definition of Metagame

John Searle on the Necessity of Hardware for Semantics, in ...

the meaning of semantics

. @CantBNick No, Nick. The only thing that is "semantics" is your trying to redefine the definition of thug and policingx Thu, 25 June 2015 04:55 PM